For June 2018, I made some minor aesthetic changes to my bullet journal. The main changes were simplifications from what I was already using. Due to my packed June schedule, I found that it made sense to utilize a more minimal visual for this month’s layout. While functioning is still very much the same, there are fewer lines and no washi tape. This post may contain affiliate links

I really struggled to come up with a useful theme for June’s bullet journal layout. With June being so busy and chaotic for me, I wanted something functional and easy to use. Because of this, I decided to just keep June’s layout as simple as possible. I removed all frills and stuck to clean lines. I actually prefer the changes I made and will most likely use them again in the future. Additionally, I chose to work with the orange Mildliner this month.

As I have already mentioned, and as you can see, not much changed for this month’s layouts. Primarily they have just been simplified. The cover page or hello page is simply “June” written in a minimal cursive, sandwiched between two lines. There is no color.

The monthly layout is essentially the same except I removed the “goals” column and removed the box that once encapsulated the “to-do” column. Similarly, the weekly layout is incredibly similar to before; however, I titled the pages in a minimal cursive using the orange Mildliner and used a black Staedtler pigment liner to write in the daily titles. Additionally, I added a to-do on the right side instead of using washi tape or leaving it blank.

Meet Elizabeth! Elizabeth is the creator and writer here at Elizabeth Journals. In addition to creating for ElizabethJournals, she is a full-time graduate student studying clinical mental health counseling. She started Jihi Elephant to share her experiences, spread organizational tips, and promote positive living. Elizabeth is an avid bullet journalist, dabbling artist, and houseplant fanatic.

You can also read more about the origins of Jihi Elephant and its creator here.

I think my self-care is improving! How do you care

Looking forward to some awesome changes in the fut

What is your favorite subscription right now? I lo

What do you have planned for your February theme?

How do you keep track of your bills?

Jihi Elephant is a participant in the Amazon Services LLC Associates Program, an affiliate advertising program designed to provide a means for sites to earn advertising fees by advertising and linking to Amazon.com.

This post and all other posts may contain affiliate links. See other disclaimers here. 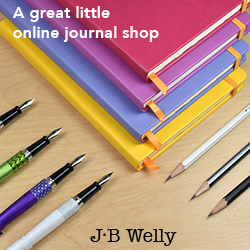